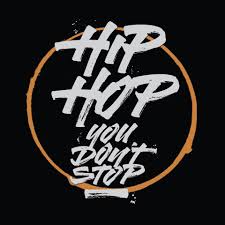 This festival has been repping every year since 2005, popping up in Côte-Des-Neiges and Notre-Dame-de-Grâce area. You may have heard the sounds, seen the spray paint, eaten the tacos at Girourd Park. It’s been servicing the community, encouraging the next generation to participate, perform and eventually take the wheel. Already it houses a lot of Montreal’s talents and a platform showcasing how Hip Hop has touched our lives and the world at large.

Having the opportunity to take part in the 13th Edition on the Dance Segment of the festival. It was a pleasant and learning curve for me, and after a rest period, I got a chance to ask questions with Emilio Orellana-Côté, the Coordinator, on the progression, the festival’s message and how he got involved in such a venture.

Q & A
1) Going on how the festival was started for “at risk youth”, have you seen a positive progression from the beginning from the festival started and now?
Emilio: “The festival was built on the idea of creating a space of expression for at risk youth, yes. Although, we believe the festival is now a place of expression for youth, in general, with no categorization needed. We don’t want to marginalized more than some already are, so we seek to create a hybrid environment where people that wouldn’t necessarily gather, gather. We have seen a progression in terms of the growing enthusiasm from youth that volunteer each year from local high schools like Lavoie. We have seen the progression in the rising careers of artists that released their 1st EPs and albums at Hip Hop You Don’t Stop like Strange Froots coming from NoBadSound. We have seen progression, but oh there is a lot work to be done still.”
Me: “Which I agree. At first, reading how that was the reason for its start, kind of puts youth in a box. Thinking Hip Hop is “trendy”, we think its the only language the youth understands. Hip Hop Festivals should just start because we want to honor the culture since its provided so much for the community but shouldn’t be used as a pawn to marginalize the youth even more. I never knew this was one of Strange Froots’ launching pad. Pretty cool! And speaking about progression there is always room for growth. One of the things is having the youth active participants. With that train of thought…
2) Has the message been easier or more challenging to get to the youth since Hip Hop has also evolved as well in this day and age?

Emilio: “Until not too long ago, the festival has maintained its programming in a pretty 90’s hip hop vibe where breaking, graffiti, DJing and MCing are important elements of the programming. So most of the youth that has gotten involved is because they want to volunteer or because they are interested in the positiveness of the culture back then. Also, trends are constantly recycling past cultural movements and it seems 80’s and 90’s are being revalorized, just as other decades. So you see all sort of people taking out the WuTang Shirts, and you actually see big 90’s hits create new albums and concert tours. So in terms of the changing of Hip Hop, we still have a lot of work to do in order to adapt, even though I feel important that we don’t lose our visions, ours values, and to not fall into promoting whats HOT or popular at the moment. We seek a difficult balance between gathering youth with actual hype elements of the culture (like barbershops, beat-making, mural graffiti, mcs, dancers, clothing) with the positive, community and (self)conscious(ness) alternative side of Hip Hop.”
Me: “Hip Hop started where people gathered, in the jams, the parties, people sharing an experience. There is a resurgence of Classics as more people research. I ask because being around youth all day myself, I see my own experience in the culture has value maybe because they don’t have people to talk to them who can share their stories. Even though the information can be at their fingertips. We may take that for granted that they know 4 if not 5 elements of Hip Hop. Out of those 5, what the youth may see today are MCing and DJing at best.”

3) How did you, yourself get involved? How did Hip Hop effected you in your life?

Emilio: “I got involved in Hip Hop You Don’t Stop in 2013 because with our collective Elementality, we were looking for a way to do our 2nd annual Hip Hop BBQ called Elementakiza in NDG, (1st one was at Angrignon park), since it is the neighborhood most founding members grew up in. Elementality, as a trilingual blog and broadcasting platform, was actually founded in a gathering at Girouard Park in 2011, with the original founding members. That’s where the idea of a blog, of a platform for the underground and bridge to the latin hiphop scene was created.
The event was a success. I think it was the 1st time people were seeing a Hip Hop BBQ with Tacos, with the latin vibes, and the core elements of Hip Hop. I decided to continue in the Hip Hop You Don’t Stop team, under Elementality, which after became co-producer of the whole festival. “
Me: “It definitely helps when you have people already passionate about the culture to take part and support it. Knowing it is connected to you personally in some way.”
Emilio: “Hip Hop came in my life through many ways. 1st, music. I heard and vibed (to) Beastie Boys, Ice-T, Public Enemy, Cypress Hill, and others when my older brother listened to it. I was maybe 7-8 years old. Then I started going to the Côte-des-Neiges Community Center where my same brother was (part of the) staff for the day camp and where my sister was chilling all the time. She would bring me to the center and she showed me the Bboys and especially Irvin aka Dazl, who was giving classes there or something. That’s really where I got to ”’feel” the Hip Hop community vibes for real. I felt that partnership, that humor and delight of being together at the center. That got me interested and I can’t remember well, but I think I took one class with him and then tried one at my high school. I wasn’t too much of a dance person or (a) flashy personality. I was and am still pretty low key. So I didn’t continue. Then music was a big part of my contact with the culture. It was early 2000’s, running around Fielding, Walkley, playing music on a cassette recorder in the school bus, it was Ludacris, Missy Elliot, DMX, Fugees, Mos Def, Dead Prez, Rahzel, Tres Coronas, Subverso,.. some other(s) probably. Tupac Shakur was a big thing, growing up as a early teenager, my dad had just passed away, his lyrics would make more sense everyday. I didn’t let go of rap music after that. Many different vibes though. Listening to rap was a way of understanding my own feelings through words I wasn’t able to verbalize. Also, at school, at Westminster in Cote-Saint Luc, the division was made clear every week between the skaters and the hip hoppers. So I had to choose, and the choice wasn’t hard to make. Anyway, I then, years later, wrote a couple tracks and recorded it with a brother from another mother called Keruz Molotov back then, then participated in the StreetStar collective as a promoter and support for editing and mastering. I got submerged for years in the Chicano rap scene, the G-Funk, the West Coast. Wow that was a whole trip, in about 7 years of my life, connecting with MCs and people from LA, and living the Vida Loca. Discovered popping and always wanted to do it even though same thing as with break, I tried, than nothing.”
Me: “It brings opportunities to try new things and discover…”
Emilio: “For me it was always down to simple things: gathering people to create and open opportunities for uprising artists, talk about change and a ”better” life, feeling the music and kind of soothing my emotions, and enjoying good vibes. Hip Hop has been since my teenage (years) a way of understanding myself and a way of protest, of realtalk, of talking about things others don’t. Hip Hop was a way to recognize or redefine identity when lost or confused, with a missing masculine role model, and with a cultural confusion since I was born and raised in NDG, Montreal, but grew up with my mom that is strictly Chilean. I started following what was being done around the world and it all made sense. Hip Hop was a huge family that was connecting thousands of people, and that I wanted to be part of, or already felt part of, not through self-expression but through broadcasting, promoting others, and letting people know that there was essential messages being talked about in rap music and breaking especially: community, freedom from our own mental barriers but also from a consumist and racist system, exchange, knowledge, and respect. That’s why I then got into blogging and promoting with Elementality, and then on radio as a host at CKUT.”

Me: “So one thing is for sure that there are multiple avenues to try in the whelm of Hip Hop, whether you are into Fashion, Radio, Podcasts, Dance…So again what brings you to continue as Coordinator of HHYDS?”
Emilio:” I have continued with Hip Hop You Don’t Stop because I believe in its huge potential for youth representation, youth expression, and as a huge tool of networking, of empowerment in NDG CDN. I also believe that through Hip Hop many messages can be transmitted concerning diversity, interculturality, environmental consciousness, the importance of intergenerational exchange, of acknowledgement and recognition of native knowledge and art, the importance of criticism towards the ”development” proposed by modern societies, and mind and body health. We had a meeting with the Arts & Culture Table in NDG and what is mostly being asked is new spaces for youth and for young adults where they can decide what programming, what ideas, what orientation those spaces have. I wish that some youth can use Hip Hop You Don’t Stop as a bridge to funds, to resources, contacts, communities, networks, inspirations, in order to build their personal development and to give new spaces of expressions and exchange for youth.”

Once youth know they have the choice and power to create that can change their community in a positive way, it’s just recognizing that power. Hip Hop culture is for everyone. No age limit need not apply.